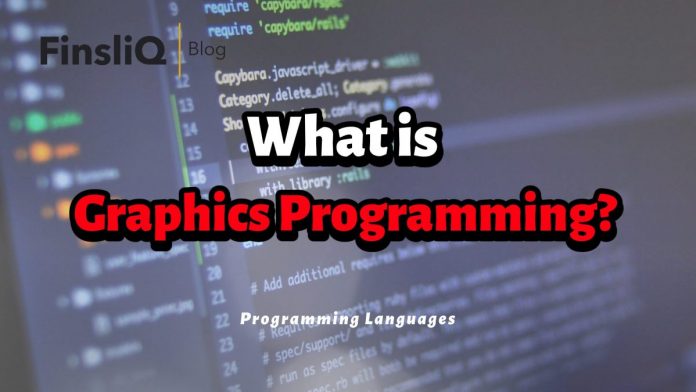 What is graphics programming? Introduction

Before diving into the main topic, a glimpse at some basic concepts.

Programming is a way to tell the computer how to do something (imperative) or how things are (declarative). One programming approach is that we write lines of code. These are simply the text written with a defined syntax of a programming language.

What is a program?

A program is a set of instructions that are executed on a computer to perform a specific task.

In this blog, we will look at another way of coding. Computer graphics or visual programming is a programming technique that uses visual objects like symbols, blocks, pictures, etc., to code the program.

These particular representations of physical objects are connected through arrows, arcs, lines, or wires to make the system understand what to perform and how to perform the instructions.

Unlike text-based programming, it instructs the system with the help of the arrangement of the objects.  The source code is graphical, and the code chunk is a directed graph. The direction of the graph indicates data or execution flow. The computer screen objects or boxes are considered as entities.

A visual programming language (VPL) allows the programmers to perform the coding graphically. We can classify a VPL on a higher level than text-based high-level environments C, Java, Python, etc.

The visual programming languages provide a collection of graphical elements such as spatial texts, nodes, and icons that users assemble to program.

Hence, an interconnected set of objects refers to a method accomplishing a specific result with or without inputs. A system may execute a graphical program with an interpreter or a compiler.

Like syntax in a text-based language, the users have to follow some particular spatial grammar while writing visual programs.

We can further divide VPLs into:

Why is graphics programming used?

One application of Graphics programming is in simulation and modeling. That’s why scientists and engineers use visual coding environments to model their research and projects. City simulation, electric boards, and circuits are conveniently modeled with visual programming languages. The coders can also change variables and observe various outputs over different scenarios or inputs.

Many universities and schools teach visual type coding as an introduction to programming. Universities like New York University, MIT, and Carnegie Mellon University have visual programming in their curriculum for Computer science, graphic arts, and other groups.

The interaction and arrangements of images and informational graphics are used to describe a story in different fields. Probably, this is the most useful application of visual programming.

Take an example of human body cells where the researchers and doctors can describe things by simulations and spatial arrangements.

Also, we can think of space exploration where graphical programs can represent the heavenly bodies. The interactive way of programming is utilized in various other fields like crime reporting addressing the point appropriately.

Many Companies manipulate a large amount of data. They utilize Graphics programming to summarize the bulk and make them understandable by the graphical ordering. Such tasks required tough analysing visual programming skills.

They require some additional headers or packages, and all you can create interactive programs. Each language, either text-based or purely visual, has its own data structures, definitions, and implementations of programming concepts like loops, conditional selections, etc.

Let’s glance at the use cases of three languages.

See the following steps for the graphical program in C++.

Step1: Download the Graphics header files and other stuff needed.

Step 2: Extract the contents of the zip/rar file.

Step 3: Navigate to the file manager location where DevC++ is installed. Go to the MinGW64 folder. Copy the graphics. h and winbgim.h in the include folder and D:\Dev-Cpp\MinGW64\x86_64-w64-mingw32\include folder.

Step 5: Copy the ConsoleAppGraphics.template, ConsoleApp_cpp_graph.txt files, and paste them inside the template folder of the dev c++ installer location.

Step 7: click the “Project” and then go to “Project Options.”

Step 8: In the “parameter” tab write the following text in “Linker” field.

Step 9: Now you can write and compile any graphics program in C++. You can check the following code

In the application, there is a graphing window call the front panel. Another window is the block diagram, which serves the functional graphical code that a programmer writes. By right-clicking on the front panel, you will see a control palette.

You can drop any object such as buttons, text block, graphs, displays, etc., from the front panel’s palette. You can select any of these objects and resize or recolour from the status bar menus.

On creating an object, a corresponding item is created on the block diagram associated with it.

On clicking on the block diagram object, you will see different functions like numerical, structures and Boolean, string, and mathematical functions you can use to program by that object. Block diagram allows programmers to create an object such as variables in the area.

On hovering over a block diagram item, you will see a cursor enabling you to make a wire and attach it to another object on the same side of the LabVIEW.

These wires are the flow of data from one item or function to another one. On the top left corner, click the button ‘run’ to execute your graphical program.

What to do first

That’s all about the scratch introduction and its components. You can use them for creating an interactive program or story.

What is graphics programming? Conclusion

There are many languages like Scratch, LabVIEW, sare the top-of-the-stack names. Besides, High-level languages like C, C++, Java, and others also provide graphics programming options.

For this purpose, they usually require an additional header file or packages that include graphical objects. They may use an interpreter or compiler for the execution of the graphic program.

The use cases of three VPLs are discussed in this blog. Each has its graphical elements such as spatial texts, icons, blocks, and wires that you connect to the program.

You can also import or create your object. Hence, an interconnected set of objects refers to a method accomplishing a specific result with or without inputs. Like syntax in a text-based language, the users have to follow some particular spatial grammar of that language while writing visual programs.

Graphical programming is widely used for modeling and simulation. Scientists and engineers use visual coding environments to model their research and projects.

Because it is easy to learn and use, people of different fields can conveniently create a graphical program for their respective arena projects. Many schools and universities are teaching visual programming as the first step of programming.

Some programmers also recommend learning this creative way of coding because you will find the implementation of math subjects you learn, such as Linear Algebra, Calculus, and Multivariable Calculus.

On the other side of the coin, a graphics program need more resources than text-based programs. They are composed of graphs and symbols and require higher storage.

For the loading and execution, you need more memory and a faster processor. Readability and reviewing of the programs can be hectic as you need to understand all the connections.

Implementation of different control structures consists of some objects, and you may work a bit more than text-based code like a loop implementation is straightforward in a text-based environment, which needs a few lines.

Graphics programming is an interactive way of coding that one can quickly learn and implement in their projects. However, the speed of execution will depend on the system specification. In problem-solving and idea implementation, visual programming can be fruitful as it creates programs easily and fast. 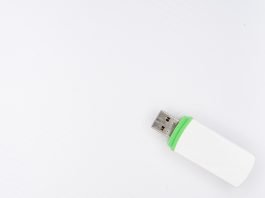 What is Black Box Penetration Testing? What is White Box Penetration Testing?